The Belfry OpenScad Library - A library of tools, shapes, and helpers to make OpenScad easier to use.

Belfry OpenScad Library v2 - A library of tools, shapes, and helpers to make OpenScad easier to use.

Reduce the burden of 3D modeling in mathematics. 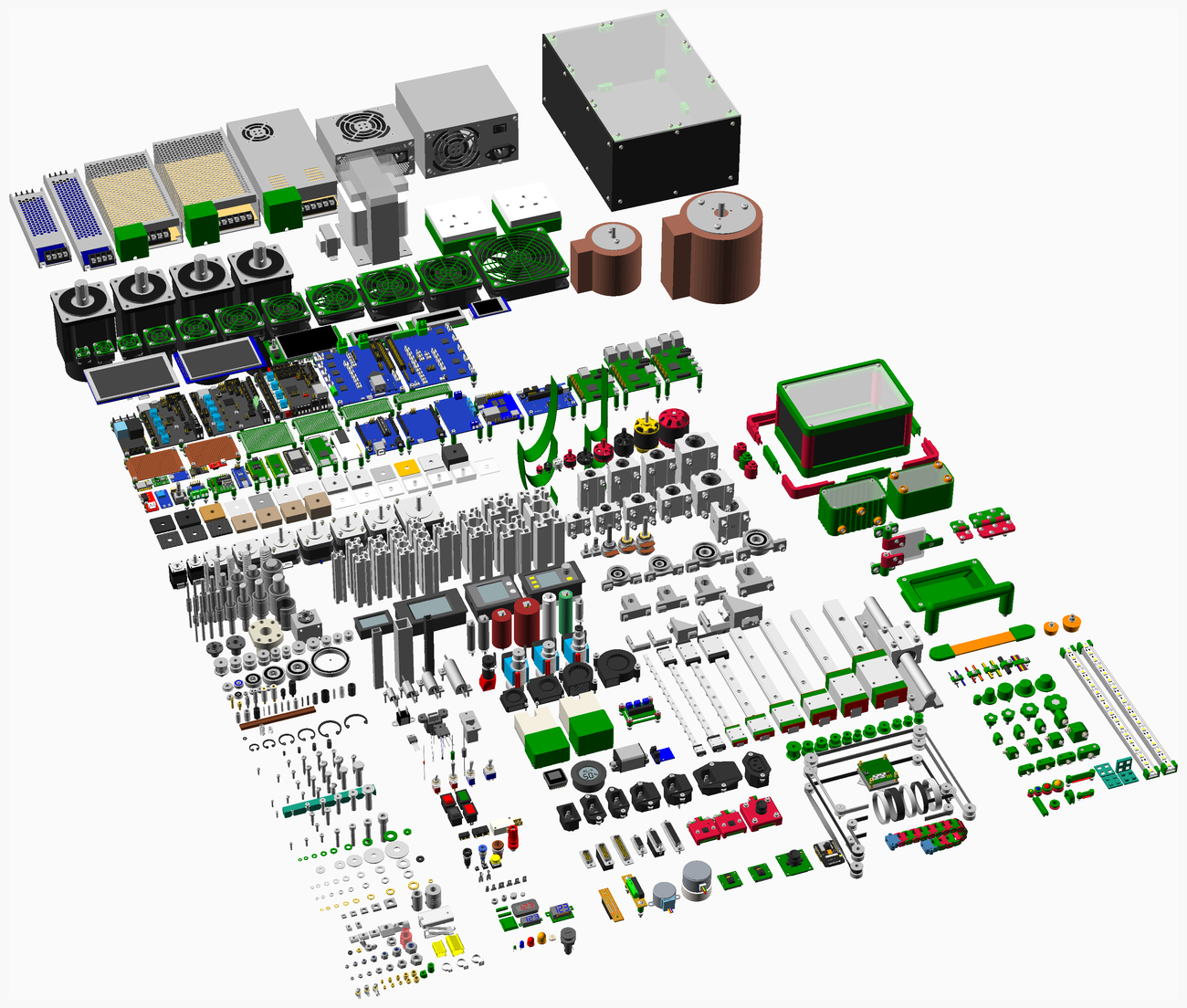 An ever expanding library of parts modelled in OpenSCAD useful for 3D printers and enclosures for electronics, etc.

This library is a full 3D printing workflow solution for OpenSCAD, bringing tools for modifying and generating 3D objects, view helpers and a selection of mechanical parts.

BOLTS is an Open Library of Technical Specifications.

Round-Anything is primarily a set of OpenSCAD utilities that help with rounding parts, but it also embodies a robust approach to developing OpenSCAD parts.

A script for generating a two piece hinged box, with rounded corners, lid, interlocking rims, snap fit, magnet, or screw closures, and easy places for adding cutouts or additions to any face..

This library is a collection of OpenSCAD functions for use with the function-literals feature. It is meant to provide algorithms and tools to help build efficient scripts using functional programming techniques in OpenSCAD.

This is an efficient OpenSCAD threading library intended primarily to be used as a component in other designs. It supports metric compatible internal and external threads, auger threads, thread tapering, clearance holes, countersunk holes, recessed holes, hex bolts, nuts, washers, Phillips tips, and long rods which are extended with threaded joints. Whenever possible this complies with metric standards for the defaults of parameters, while providing overrides for many values.

This library is a collection of some smooth primitives, i.e. having specified rounded edges, for use in other designs. It's not a comprehensive collection, but a useful set.

This is a general purpose OpenSCAD library for easily creating diverse shapes by simply creating lists of points which trace out layers in an outline of the desired shape. The library consists of modules for creating polyhedrons from these lists of points, as well as functions to assist in specifying the points using transformations.

Yet Another Parametric Projectbox generator

A generator for electronic project boxes, based on a definition of a PCB and lots of options for defining PCB standoffs and case cutouts.

OpenSCAD library to create parts for the STEMFIE project.

STEMFIE is a free educational construction-set toy you can download and make at home using a 3D printer. Each component is a part of a mechanical ecosystem of compatible shapes designed to interlock through various connections and fasteners.

An ergonomic way to create nutcatches, screw holes and countersinks in OpenSCAD.